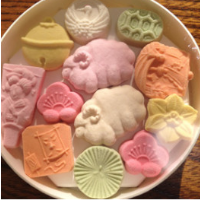 In the current LHC program there are, on the one hand, searches for heavy Higgs bosons with SM particles or lighter Higgs bosons in the final state, and on the other hand, searches for SUSY particles that cascade decay into SM particles and the lightest supersymmetric particle (LSP). However, there are no LHC searches that look for both types of undiscovered particles at the same time, although such signatures can easily appear in the MSSM and are thus well motivated. Nevertheless, even though the LHC does not specifically target such signatures, there may be other searches looking for similar final states. These searches may be (indirectly) sensitive to these signatures.

The goal of Project (1) is the study of heavy Higgs boson (either H or A) production in the MSSM, with successive decay into electroweak (EW) gauginos, i.e. neutralinos and charginos. We want to look at

As model input, we will start with the MSSM benchmark scenario mhmod+ from this paper. An example file for the model point with MA = 500 GeV, tanß = 10 can be obtained here.

We will be using the following tools: