The method of the calibration and detailed description of the plots are shown below. 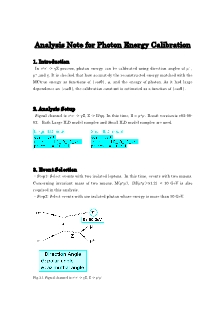 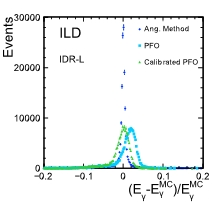 *Mean value of (E-EMC)/EMC in PFO has large dependence on |cosθγ|. Considering this dependence, calibration is performed by each value range of |cosθγ|.

**Large ILD model samples are included in this plot. 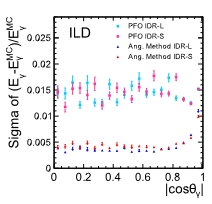 *ECAL has two longitudinal sections with different sampling thickness. Large fluctuation of PFO might be caused by the effects of the change in relative fraction of the shower sampled in the two sections. 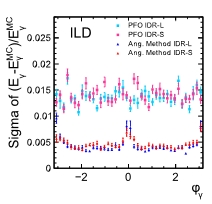 *Large fluctuation of PFO is due to the structure of ECal which has 8 gaps. 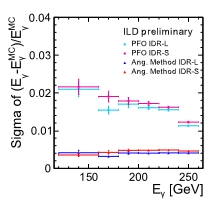 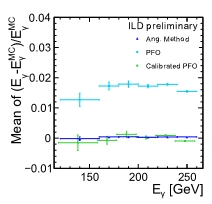 *The Eγvalue of the plotted point of “Calibrated PFO” in this plot is artificially -2 GeV shifted.

**Large ILD model samples are included in this plot. 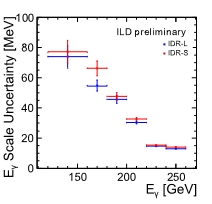