A grid Compute Element running ARC CE onversion 5.2.1 with HTCondor as LRMS and the local condor client on version 8.6.0 run out of memory and started to swap. Starting beginning of the month more and more memory got allocated. Restarting the condor daemons or the whole server brought just a short relieve, but the node run out of memory within hours again. 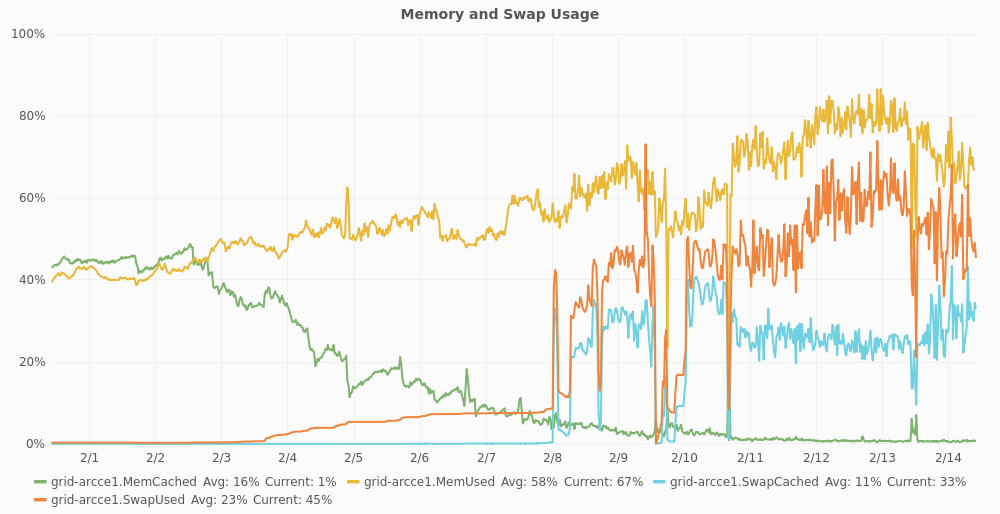 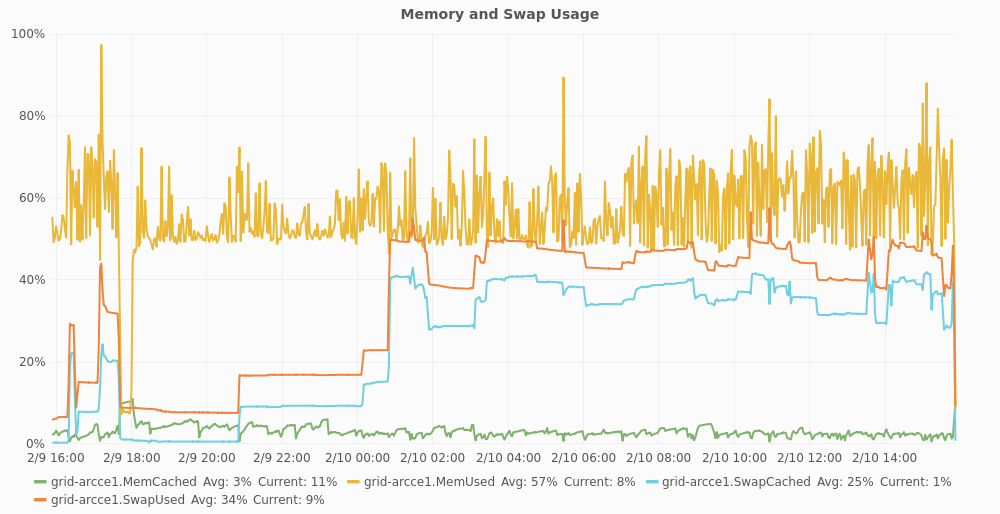 Several condor_schedd processes were running in parallel each using ~4GB of memory. The condor master process had started one scheduler (/var/log/condor/SchedLog), which spawned every few minutes new schedds that run for several seconds-minutes and disappearing again. Since the parent schedd kept running, ScheddRestartReport did not report much. The short-running condor_schedd processes' /etc/PID/environ and cmdline contained nothing or 'condor_schedd-f', respectively. The sub-schedds got logged in the ProcLog running mostly <2m

Downgrading condor packages to 8.4.10 did not resolve the issue.

The picture got more clear, after realizing that 160000 jobs were actually in status 'held' in Condor.

Before monitoring and warnings were mainly oriented on the number of running jobs, i.e., to keep the cluster full., while other states had to be checked manually. Over a week, the number of hold jobs rose from a few to ~160k. 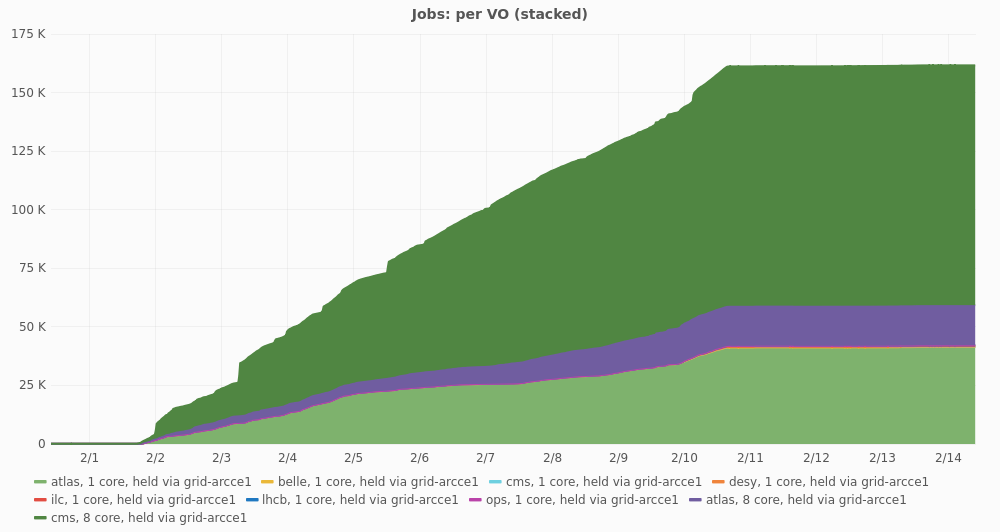 Apparently, the jobs got send into hold when their files could not accessed by their shadow daemons. Presumably, the system got overwhelmed by the large number of hold jobs, /var/lib/condor/spool/job_queue.log having grown already to 1.4GB.

After draining the ARC's queue setting the session dir to drain

probably due to Condor's daemon communication overwhelmed by the large number of jobs.
Thus, we stopped condor, moved /var/lib/condor/spool away, reinstalled all condor packages for a fresh start and ramped it up again. Since the cleanup, the CE has performed well again with Condor behaving as expected.

Presumably, the original cause could have been transparent maintenance works on the CE's VM supervisor beginning of the month.If the maintenance was more opaque than promised, reads/writes to the VM's disk image may have been hampered making the shadows sad. However, the story is not completely convincing, since the number of hold jobs grew over a week while the supervisor intervention took only a day.

It is caused by different default condor_q output format in HTCondor 8.5.5+ and 8.6.0+ (see https://ggus.eu/index.php?mode=ticket_info&ticket_id=123947#update#25). There was an attempt to fix this issue in ARC-CE (http://bugzilla.nordugrid.org/show_bug.cgi?id=3603), but unfortunately they used just HTCondor environment variable from comment #24 and it is necessary to use also environment variable from comment #25.

ARC-CE has to force condor_q to produce output compatible with former version of HTCondor and that can be achieved by appending following environment variables in /usr/share/arc/configure-condor-env.sh