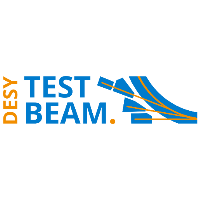 Beamline for Schools (BL4S) is an international scientific competition for high school students. For this, teams of students including a supervising teacher submit proposals to experiments that can be performed using a particle beam such as available at the test beam facilities at CERN and DESY. Out of all submitted proposals (2020: 198 proposals from 47 countries) the two best proposals are selected. These two teams get the chance to travel to DESY and perform their experiments with our help.

Beamline for Schools started at CERN, where the SPS T9 Test Beam was used for the winning experiments. In 2019, BL4S comes to DESY and its Test Beam Facility for the first time.

This year we host the following two teams with their experiments:

The team proposes to detect Delta+ baryons, an excitation state of the proton. The Delta+ baryons should be generated in a fixed target experiment, shooting multi-GeV electrons onto a thin target.
The detection principle is to measure the energies of electrons with large scattering angles. These large scattering angles can either be due to elastic or inelastic scattering. As for these two processes the energy loss should differ, the energy of the scattered particle is measured.
For this setup, three silicon detectors each before and after the target are used as a tracker, while gaseous tracking detectors are used after the traversal of a strong magnetic field to determine the particle energy.

The team ChDR-Cheese will investigate Cherenkov Diffraction Radiation (ChDR). Direct Cherenkov radiation is emitted by particles traversing a medium for which their own velocity is higher than the speed of light in this medium. In contrast to that, ChDR is emitted when a particle closely passes by such a medium.
To prove the principle of ChDR, individual, highly energetic particles will be propagated close to a thin bar of fused silica, in which the photons should be generated.
The distance of the individual particle trajectories to the radiator is determined by using three tracking planes each before and after the radiator. The photons generated in the radiator are directed towards a PMT, for which the signal is read out and analysed.

In this edition the two winning teams are ...

This team will characterize particle showers regarding their shape, using several layers of silicon detectors with absorbing materials in between, hence a digital calorimeter.
The Particle Peers will perform measurements at different initial beam energies as well as with electrons and positrons and with this look for potential differences in the behaviour of matter and antimatter.

The team DESY Chain proposed to investigate on the signal of traversing particles in different scintillators - the goal to confirm the correlation between the scintillator signal and the energy that the particles lose while traversing it.
For this experiment the beam particles traverse a scintillator first, of which the signal is recorded, then the deflection of the particle is measured by reconstructing the track angles before and after being deflected by a strong magnetic field. For the latter, three silicon detectors (Mimosa26) are placed before the magnet, and three gaseous detectors (MicroMegas) behind the magnet.
Also here, these measurements will be performed at different beam energies and for different scintillators, as well as for both electrons and positrons.

Volunteering to support the students with their data analysis