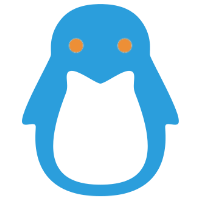 From the official documentation:

Snaps are app packages for desktop, cloud and IoT that are easy to install, secure, cross-platform and dependency-free.

The app packages are hosted exclusively on the Snap Store which ultimately belongs to Canonical.

Support for external repositories is debated but it doesn't look likely right now.

On Ubuntu 18.04 Desktops at DESY snap is installed automatically and it is currently also possible for a non-privileged user to install snaps from the command-line (via PolicyKit configuration).

Snaps are installed into /snap/bin which is added to the default path with the installation of snap itself.

Consequently apps installed via snap can normally be run directly by name on the command line unless there is already an Ubuntu package installed providing the app.

Remmina is a remote desktop client that is pre-installed on Ubuntu 18.04 at DESY but is also supported as snap.

Since it is also installed via Ubuntu itself, run it with

On first run, remmina will display a dialog reminding you that access to certain system features may be needed for full functionality.

These connections, if needed, have to be enabled with the given command lines but without the sudo part - the required privileges are configured generally via PolicyKit as well.