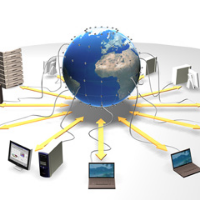 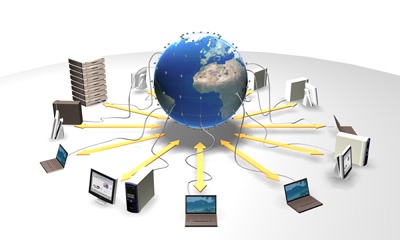 Welcome to the DESY Grid pages. Some child pages are restricted to logged in users.

Since 2004 DESY operates a Grid infrastructure and has participated in national and international Grid projects such as EGEE (2004-2010), D-GRID (2005-2009), and EGI / NGI-DE (since 2010). In 2006 DESY became a Tier-2 centre (MoU signed 2006-02-08) for ATLAS, CMS, and LHCb as part of the Worldwide LHC Computing Grid (WLCG). In the context of the Physics at the Terascale project DESY operates the National Analysis Facility (NAF) which complements the Grid with interactive computing resources.

The global entry point for Users in the Grid is the Global Grid User Support (GGUS).

The Grid - explain it in 60 seconds

By Ian Foster, Argonne National Laboratory and the University of Chicago, published in the joint Fermilab/SLAC's magazine symmetry.

If you find the resource useful for your work, we would greatly appreciate to learn about publications, which have been substantially benefiting from the Grid Resources. Drop us a mail at grid@desy.de. Acknowledgement would also be greatly appreciated. It'll help to foster the cluster, for example: "This research was supported in part through the Grid computational resources operated at Deutsches Elektronen-Synchrotron (DESY), Hamburg, Germany"
A reference to a publication describing the Grid infrastructure at DESY is 'Interactive analysis notebooks on DESY batch resources' https://doi.org/10.1088/1742-6596/396/4/042026, J. Reppin et. al 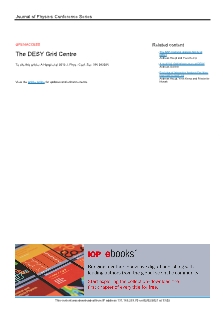