Problem: Jobs in a task are known to be very disk hungry - how to ensure that only one job of its kind ends up on a node?

Solution: make the job request 51% of a node's space

so that a second job's wish cannot be fulfilled by a node after accepting a first one.

Suggested by Michael Pelletier based on partitional jobs by Brian Bockelman 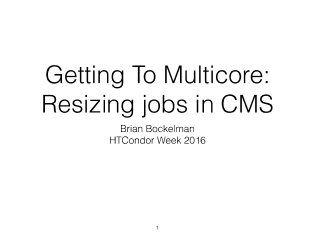