We have ADQ412AC-4G-MTCA digitizer cards for the experiment crates (Exp1, Exp2 and FL2Exp1):
ADQ412_datasheet.pdf ( new version, sampling rates table)
The cards are connected via Patch panels to the Experimental endstations and can be operated with a jddd panel: 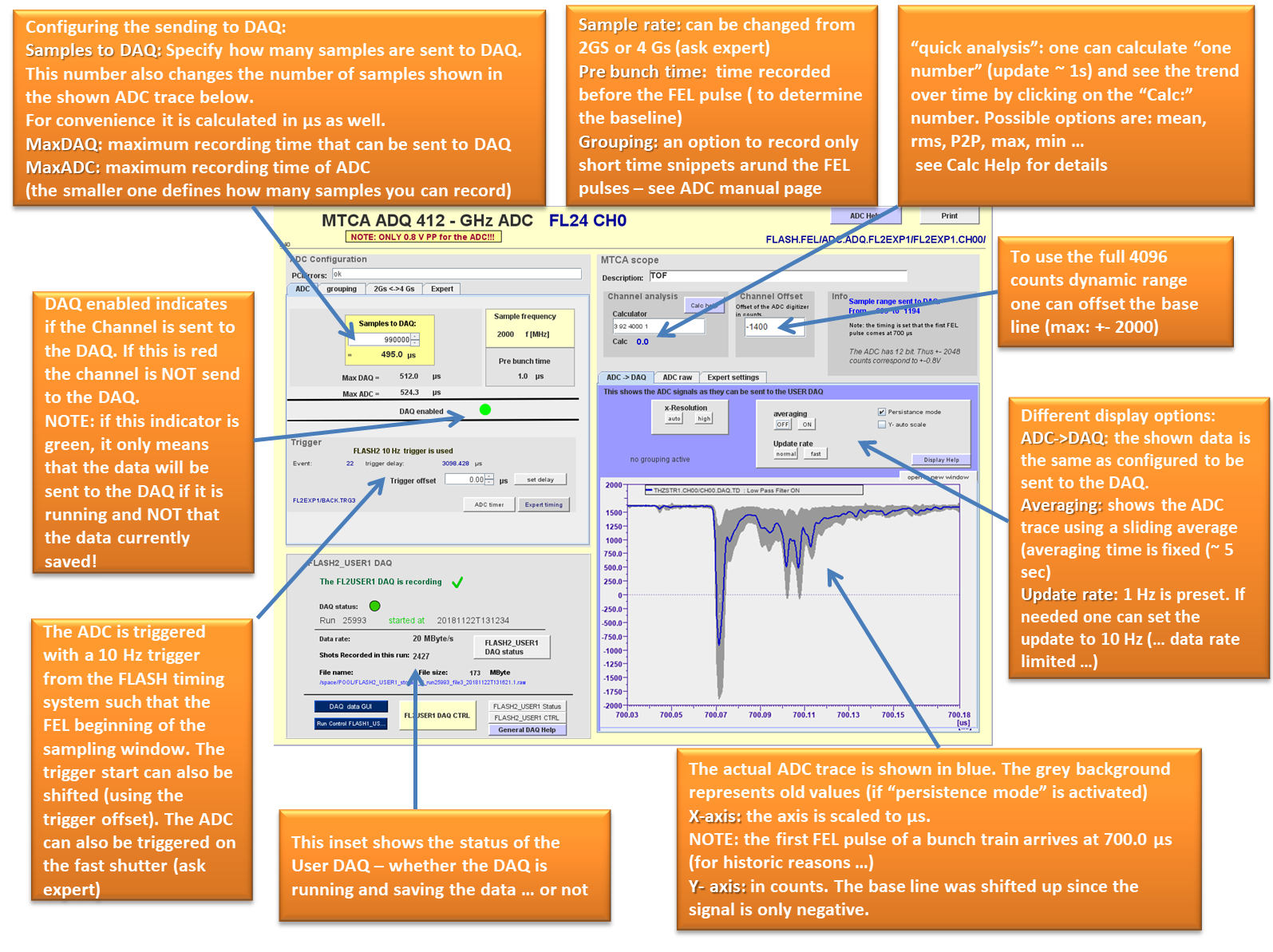 * note that the sample rate is NOT locked to the FLASH repetition rate ! Thus there is a not integer number of samples between FLASH pulses. The sample rate also differs slightly from ADC card  to ADC card. The rough spacing is 1993.846 samples between 2 pulses at 1 MHz for details ask the local contact.

The HDF5 names for the ADC traces are depending on the beamline :

in addition there are also additional parameters saved like:

Amplifiers for the GHZ ADCs

Here is a trace of the first signal, a 1 MHz trigger connected from the x2timer board in the same MTCA:

FS-LA (Falko Peters) programmed a pulse detection server that automatically detects peaks in the signal and integrates the samples around the peak. 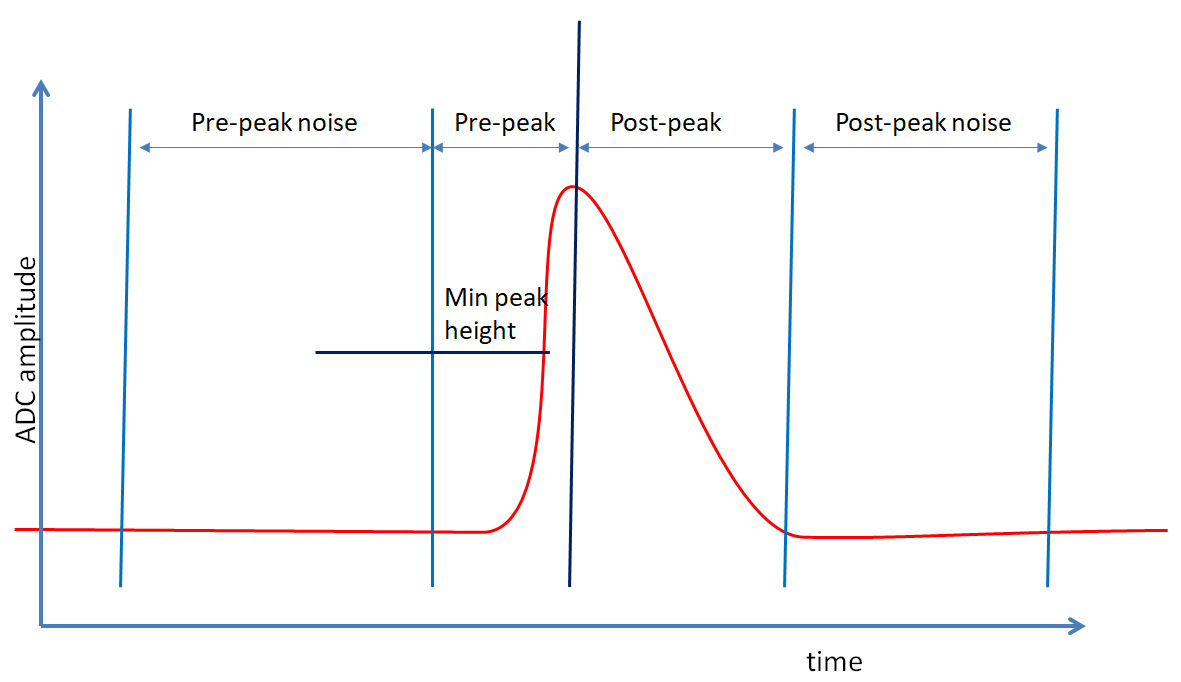