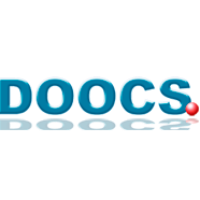 The DOOCS source code is managed through a central Git repository which acts as a master repository. Each individual library, server or tool is represented by a Git repository on the central master. Each repository has to be cloned individually and can be worked with locally according to the Git paradigm. As a repository server for DOOCS a GitLab instance is being used hosted by MCS (not the DESY IT GitLab instance).

To get access to this GitLab instance you need to log on once - which will fail - and ask for enabling your account via the MCS DOOCS request tracker. Send an email to doocs-rt@desy.de for this. Once you have access to the MCS GitLab instance one can store the public SSH key in GitLab for access from the command line.

The old Git repository server based on Gitolite is still being used for many server applications. It can be accessed on DESY campus via ssh-based git access from the following source, requiring public ssh keys submitted to the Git administrators (send a request by email without key first to doocs-rt@desy.de ).

Gitolite access via HTTPS is provided on DESY campus through this internal link:

How to use and work with Git and the central DOOCS Git repository is explained in the DOOCS Programmer's Manual in the Code Development section.