There exist two revisions of the mezzanine:

Both revisions are side by side on following picture (click for zoom). Key differences 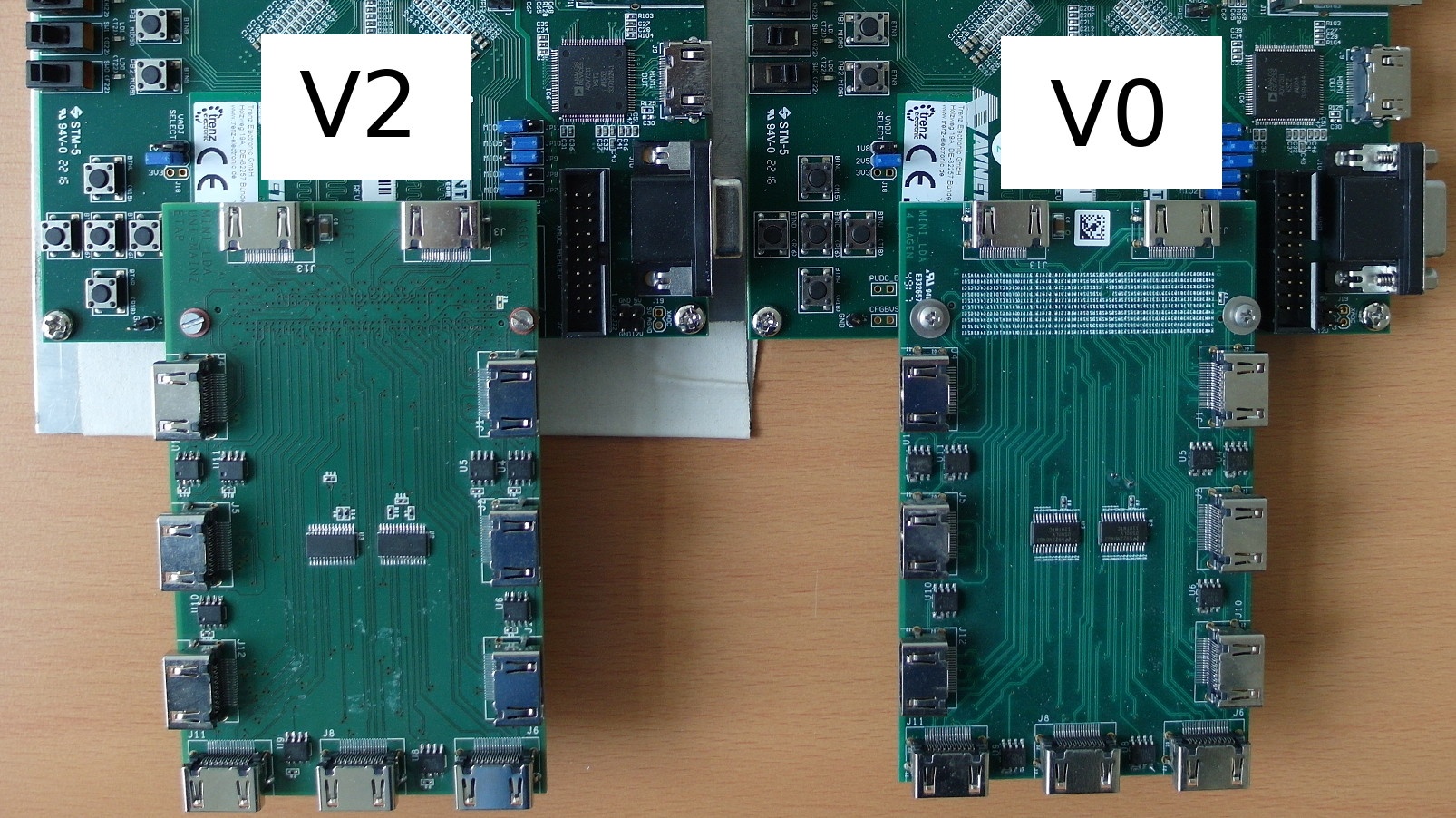 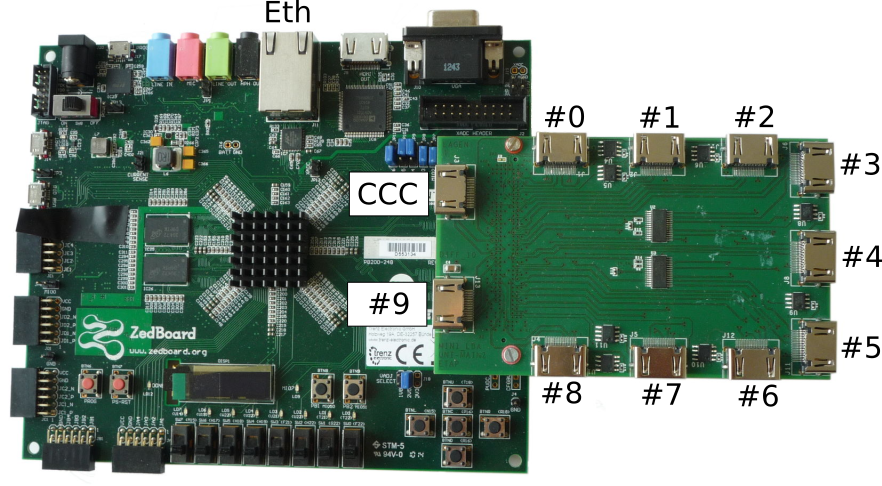 packet generator is controlled by the buttons and switches. Buttons are used to latch values given by switches.