For naming conventions please look at the bottom of the page.

In the normal "testbeam"-mode the AHCAL is running in the so called Auto-Trigger and Auto-Gain mode (ATAG), triggering the data taking by a specific threshold and choosing the appropriate gain setting (High Gain(HG) or Low Gain(LG)) automatically.

A un-smooth transition in the hit-energy spectrum for individual memory-cells, separated in HG and LG contributions, indicates that the LG Pedestal may be different compared to the HG Pedestal causing a shift in the energy spectrum. 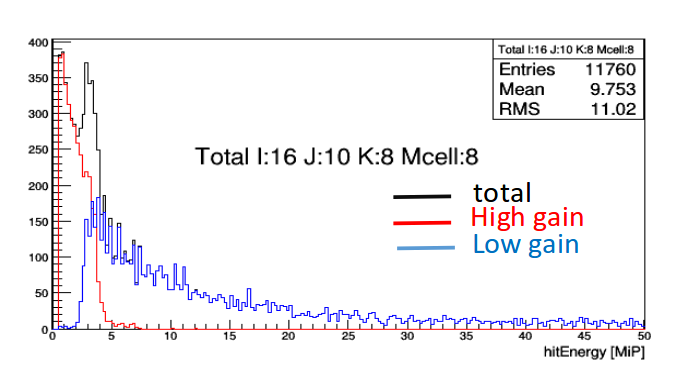 Since it is not possible to extract the Low Pedestals for the ATAG mode by normal Muon-runs (due to the low MIP energy deposition always in HG mode), they have to be determined in a different way.

The following table shows an overview of the pedestals for the different modes and how they can be determined:

x   Can be determined directly

-    Can not be determined directly

The HG Pedestal in the ATAG mode can simply be extracted from muon data as described in Pedestal Calibration, the HG as well as the LG Pedestals are extracted within the Intercalibration Procedure (ATIC), described in Inter-Calibration. Building the difference between the two Pedestals on the memory cell level one can see only a very slight shift and a very narrow distribution of around 1.5 ADC (1.5 ADC / ~530 ADC = 0.28%). 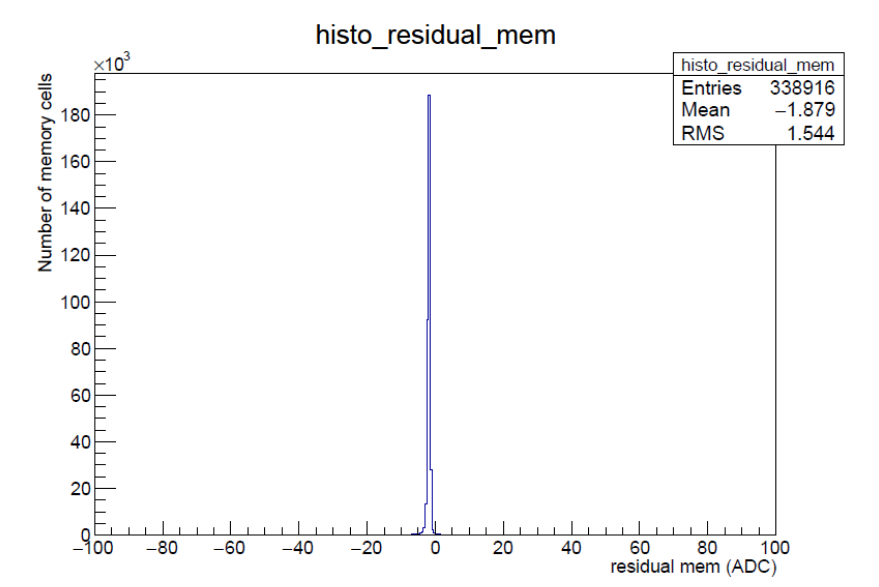 Therefore, we assume as a good  approximation:

and also, since we assume the ground state is the same for HG and LG:

Building the difference between the two Pedestals of the HG and LG mode of  ATIC on the memory cell level one can see a almost centered distribution offsets up to +- 40ADC and a RMS of around 11.5 ADC (11.5 ADC / ~530 ADC = 2.2%), resembling a constant offset between HG and LG mode for the Pedestal. 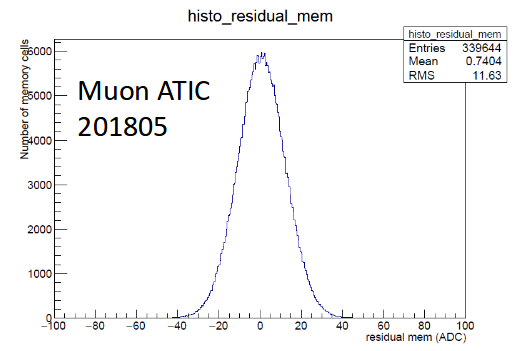 Taking all of this into account the LG Pedestal in AGAT mode can determined in good approximation by:

We observed LG pedestal shift in data with hitbit=1. The magnitude of the shift is 10-20 ADC tick of LG output and then we have to apply channel-wise pedestal shift correction additionally. 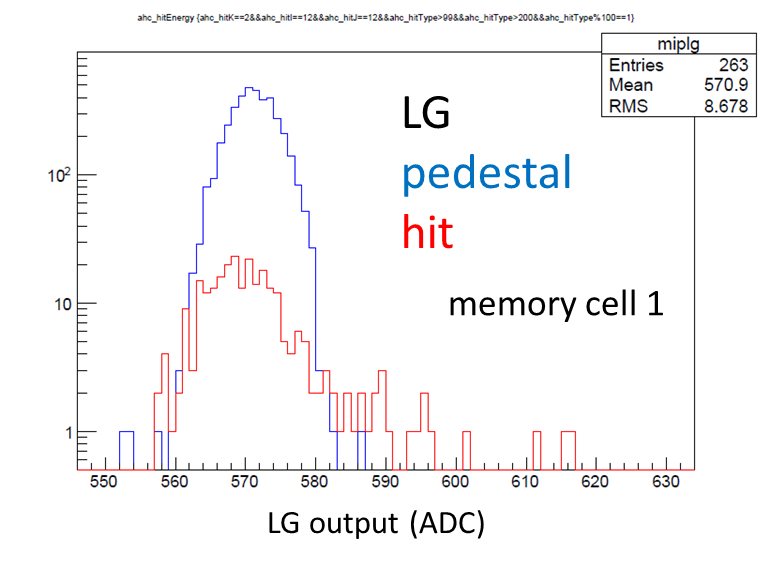 We want to estimate LG_Pedestal of AGAT with hit from the other observable.

Macros for LG pedestal offset calculation are in /nfs/dust/ilc/user/sudoyuji/misc/LG_Pedestal_Offset_hitbit1 .