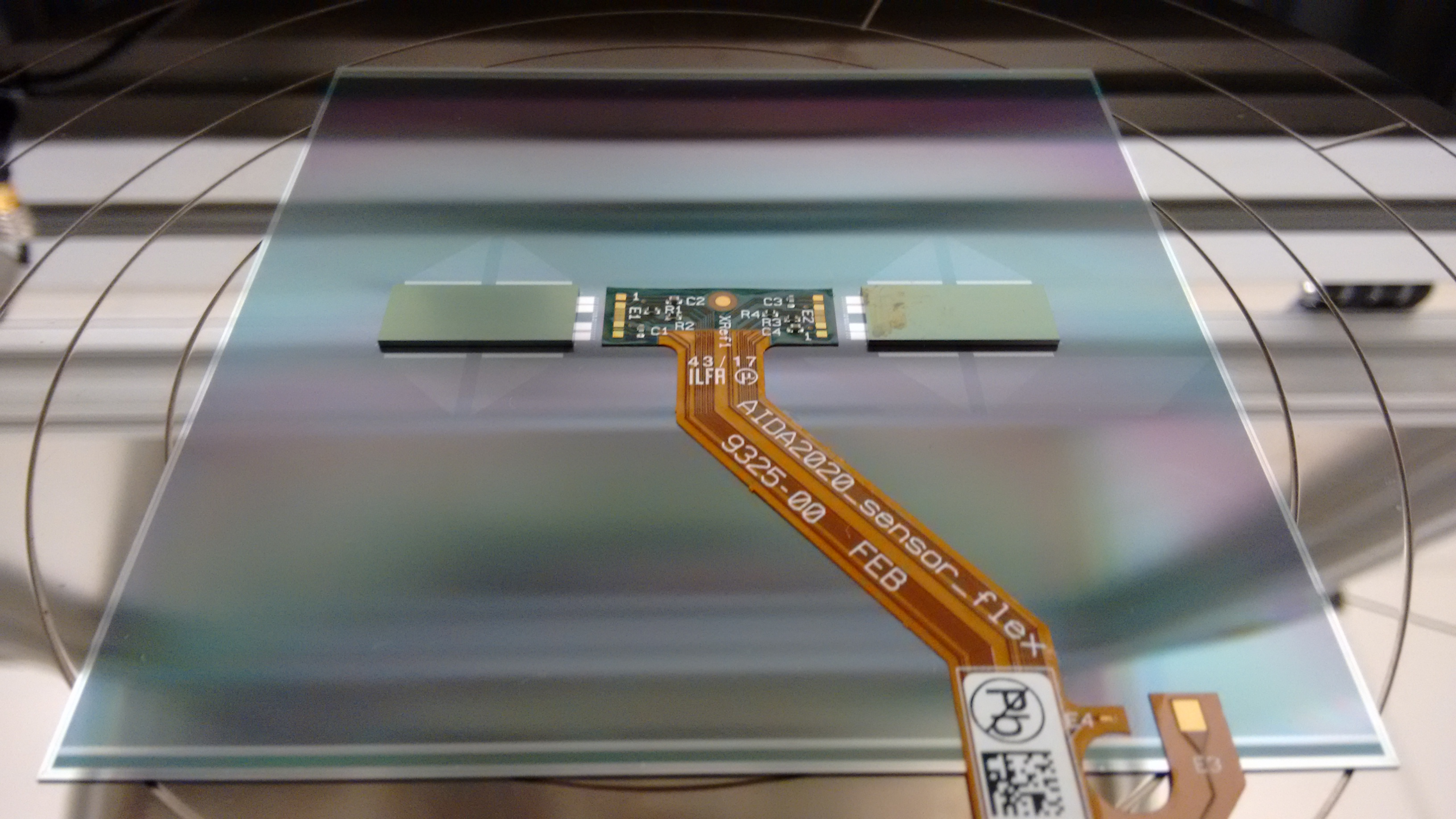 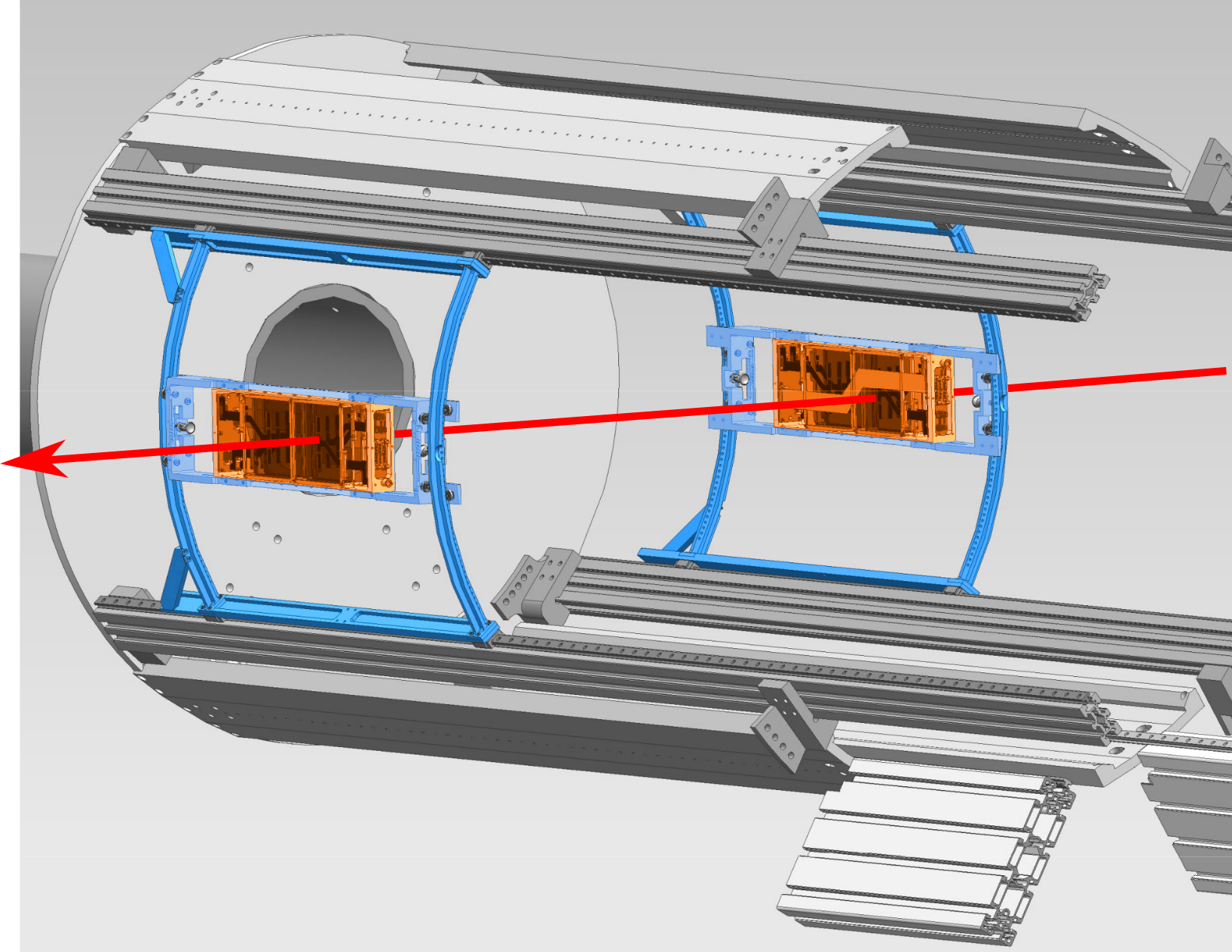 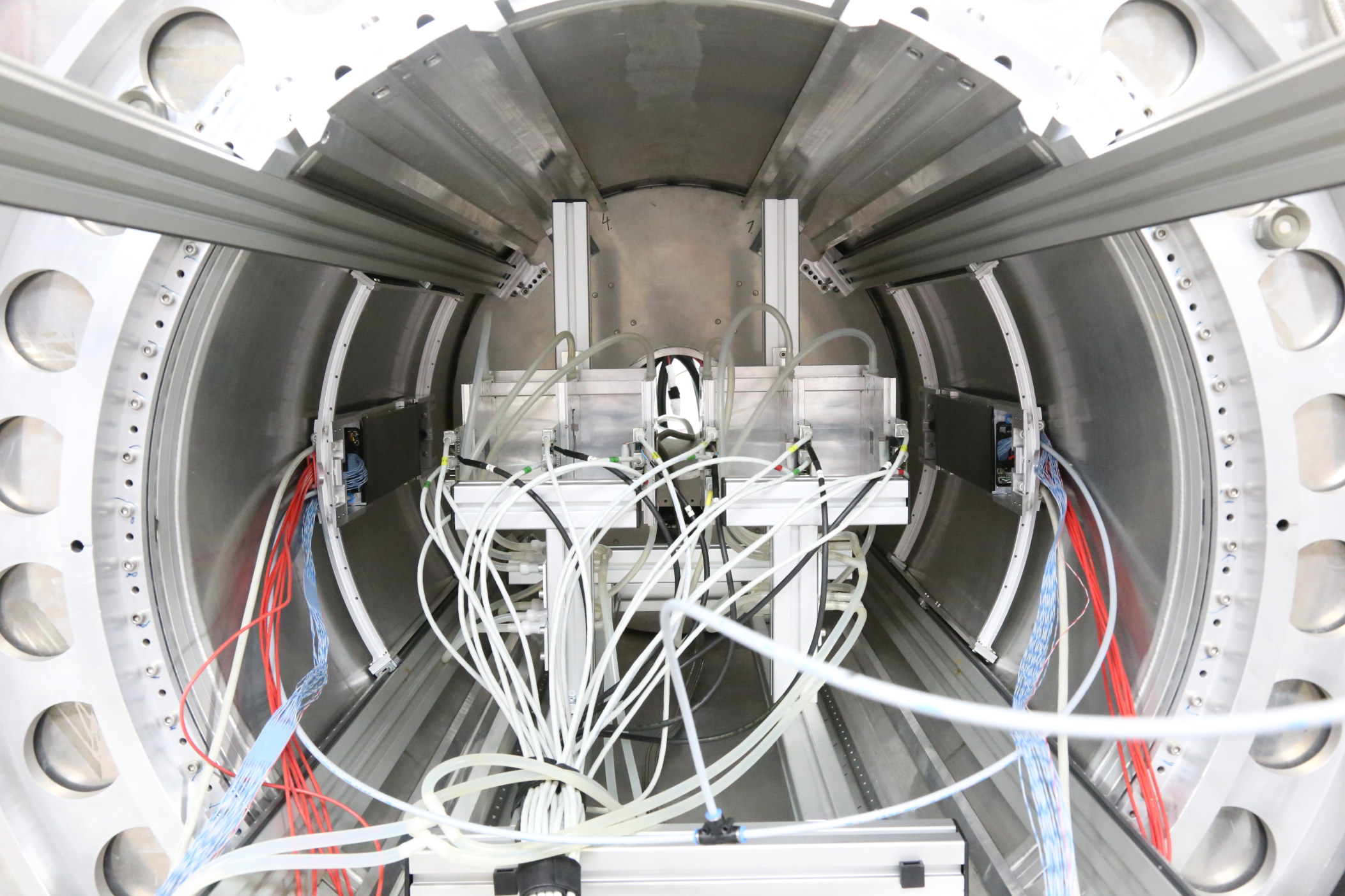 The next generation of experiments probe the region beyond the standard model of particle physics to a precision unreachable by current experiments. This necessitates the development of new detector systems, pushing current technologies to their limit in spatial, energy and time resolution.

The development of such detectors requires facilities capable of testing detectors in a situation as close as possible to the final experiment, as well as external devices that allow an independent measurement beyond the limitations of the detector system. This is provided by test beam facilities that produce high energy particles for sensor testing and telescope systems providing high precision reference measurements.

The Lycoris Telescope is a new detector designed for the DESY II Test Beam Facility. Project requirements such as the large active area, high precision and and strong spatial constraints make commonly used strip and pixel sensors unusable as sensors for the Lycoris telescope. The telescope is therefore based on a hybrid silicon strip sensor developed for the ILC with a thickness of 320 micron with in metal signal routing allowing for a pitch of 25 micron. The system includes an integrated power-pulsed readout via the KPiX ASIC.

The sensor is shown to achieve a single point resolution of 7 micron with an average noise level within the sensor of 1250 electrons. This results in an average signal over noise ratio of 15 and an efficiency of around 97%. The telescope, using the dedicated strip track finding, is simulated to achieve a momentum resolution of about 3.6x10-6 MeV-1 within a  1 Tesla magnetic field.

The Lycoris project is a collaborative work between DESY, SLAC and the University of Oregon which received funding via the AIDA 2020 programme. The system was assembled successfully in 2020 and is currently undergoing last steps to become part of the DESY II Test Beam Facilty telescope setup.